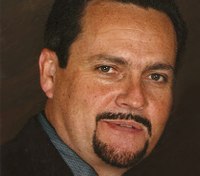 Gary York, author of "Corruption Behind Bars" and "Inside The Inner Circle," served in the United States Army from 1978 to 1987 and was honorably discharged at the rank of Staff Sergeant from the Military Police Corps. U.S. Army Staff Sergeant Gary York completed the 7th Army Non-Commissioned Officers Leadership Academy with a 96.6% in the Train to Train method of instruction. Gary received the Army Commendation Medal and Soldier of the Quarter Award while serving. Gary was a Military Police shift supervisor for five years.

Gary then began a career with the Department of Corrections as a correctional officer. Gary was promoted to probation officer, senior probation officer and senior prison inspector where for the next 12 years he conducted criminal, civil and administrative investigations in many state prisons. Gary was also assigned to the Inspector General Drug Interdiction Team conducting searches of staff and visitors entering the prisons for contraband during weekend prison visitation. Gary also received the Correctional Probation Officer Leadership Award for the Region V, Tampa, Florida, Correctional Probation and he won the Outstanding Merit Award for leadership in the Region V Correctional Officer awards Tampa, Florida.