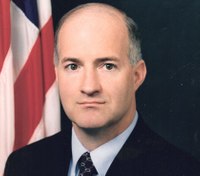 Bob Hood has over 45 years of correctional experience at the local, state and federal levels. He retired from the United States Department of Justice, Federal Bureau of Prisons, as warden of America’s most secure prison — the United States “Supermax” in Florence, Colorado.

In his role as warden, he communicated daily with inmates such as Terry Nichols, the Oklahoma City bomber; Richard Reid, the Al-Qaeda “shoe bomber”; Ted Kaczynski, the Unabomber; Ramzi Yousef, mastermind of the 1993 bombing of the world Trade Center, along with several WTC bombing participants, Embassy bombing participants, and FBI Spy Robert Hanssen. He has significant experience in managing disruptive inmates and developing emergency plans for correctional facilities.

Security Magazine identified Mr. Hood as one of the “Top 25 Most Influential People in the Security Industry,” and CBS aired a “60 Minutes” special on his ability to effectively manage the most secured prison in America.