How to buy body-worn cameras (eBook)

Gangs are outside and inside prisons, and can cause an even more dangerous working environment; learn how each gang works in order to incorporate that knowledge into your day-to-day duties

Though usually smaller than street gangs, prison gangs present a very real danger to correctional staff. Staying aware of members in your facility can not only keep you safe but help you in your day-to-day dealings with inmates.

To that end, here’s some basic information and identifiers of 13 of the most dangerous prison gangs in the United States penal system. If you have other information to add, throw it in the comments.

Also: 15 prison tattoos and their meanings 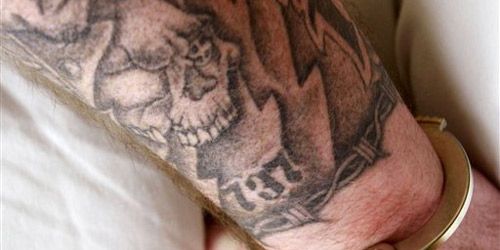 Aryan Brotherhood
Known also as the AB, the Aryan Brotherhood is made of two factions: one located in California in the CDCR, and the other within the Federal Bureau of Prisons. The majority of its members are Caucasian males. The AB is notoriously violent and is frequently involved with murder-for-hire. They operate mainly in the Southwestern and Pacific Regions of the U.S. AB is historically linked to the Mexican Mafia (La Eme) and tensions are becoming frequently evident between the two gangs, as evidenced by recent fighting between Caucasians and Hispanics within the CDCR. 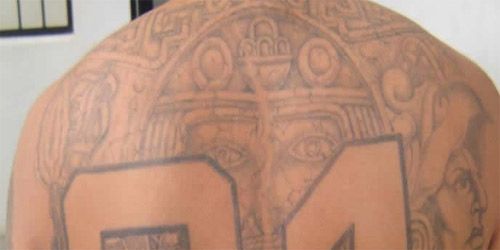 Barrio Azteca
The Barrio Azteca, a highly structured criminal entity with an estimated membership of 2,000 persons, is considered one of the most violent prison gangs operating in the U.S. Most of its members are Mexican nationals or Mexican-American males. They operate mainly in the Southwest region of the U.S., primarily in federal, state and local prisons in Texas and Southeastern New Mexico. Members of this gang often transport illicit drugs across the U.S.-Mexico border. They are often involved in crimes such as alien smuggling, arson, assault, auto theft, burglary, extortion, intimidation, kidnapping, robbery and weapons violations. 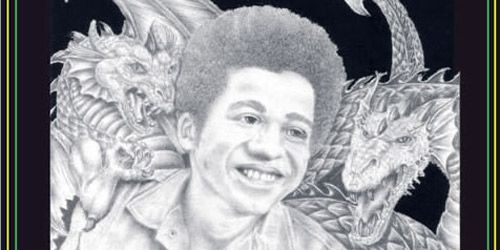 Black Guerilla Family
The BGF, also known as the Black Family or the Black Vanguard, was founded in San Quentin in 1966. They are highly organized along paramilitary lines with a supreme leader and a central committee. BGF has an established charter, a code of ethics and an oath of allegiance. They operate mainly in California and Maryland, controlling around 100 to 300 members who are mainly African-American males. They are often linked with the Nuestra Familia and Norteno members through drug deals. Other criminal activities include auto theft, burglary, drive-by shooting and homicide. 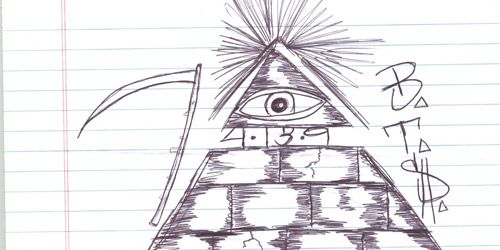 Dead Man Incorporated (DMI)
DMI was created in the 1980s by three prison inmates and operates mainly in the Maryland Division of Corrections. Their membership is estimated to be over 370 and consists primarily of white males. In 2006, leadership within the MDOC gave the go-ahead to a DMI member to begin recruiting in Virginia. The DMI member then assaulted a law enforcement official to ensure his incarceration and ability to recruit in the state. The main source of income for DMI members is committing murder for hire, acts of intimidation and violence, along with drug distribution.

Also: What makes them tick? How prison gangs think 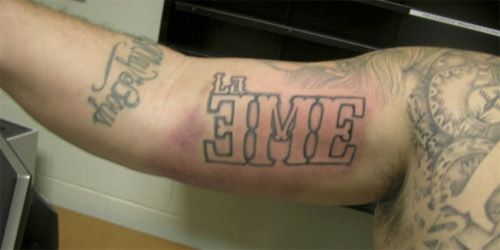 Mexican Mafia (La Eme)
The Mexican Mafia, or La Eme, formed in the 1950s within the CDCR. It has an estimated membership of 350 to 400, who all follow strict rules. Membership is mainly comprised of Mexican-American males who previously belonged to a Southern California street gang. The gang is mainly active in the Southwestern and Pacific regions of the U.S., but its main power base is in California. La Eme is involved in criminal activities such as gaming and prostitution within the prison system. 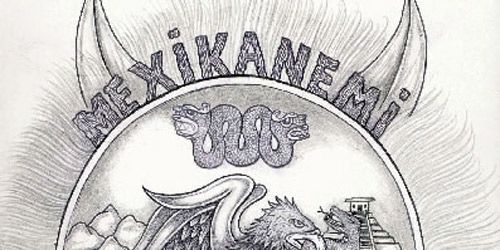 Mexikanemi
Known as the Texas Mexican Mafia, this gang is believed to have 2,000 members, most of whom are Mexican nationals or Mexican-American males living in Texas at the time of their incarceration. It was formed in the early 1980s within the Texas Department of Criminal Justice. The gang poses a significant drug-trafficking threat to communities in the Southwestern U.S., particularly in Texas. Members traffic multi-kilogram quantities of powdered cocaine, heroin and methamphetamine; multi-ton quantities of marijuana; and thousand-tablet quantities of ecstasy from Mexico into the U.S. Members of this gang also maintain relationships with Los Zetas, a Mexican paramilitary/criminal organization. 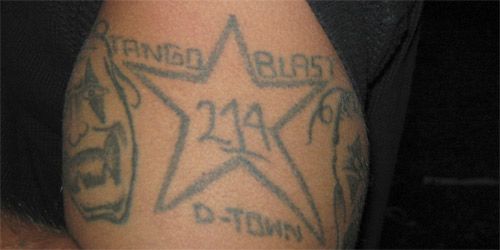 Tangos/Tango Blast
The Tangos began as the Four Horseman in 1998, created by Hispanic gang members entering the Texas penal system who didn’t wish to join an existing gang. They eventually became known as the Tangos after they began wearing tattoos that reflected the town (tango) they were from. There are now eight groups recognized as Tangos, six of which are known as Tango Blast or Puro Tango Blast. The rapid growth of the Tango Blast poses a significant security threat within the TDCJ. Elements of the gang appear to be challenging the Texas Syndicate for control of illegal prison activities. 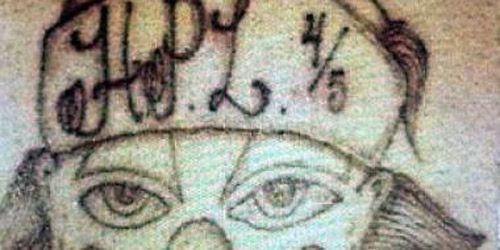 Heramnos de Pistoleros Latinos
The HPL is a Hispanic prison gang formed in the TDCJ in the late 1980s. The gang operates in most Texas prisons and on the streets in many communities, along with being active in several cities in Mexico. HPL is estimated to have 1,000 members and maintains close ties with Mexican DTOs. They’re often involved in the trafficking of cocaine and marijuana across the U.S.-Mexican border. 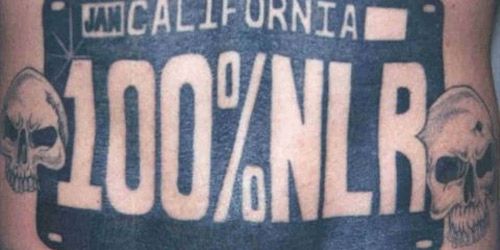 Nazi Low Riders
The NLR are a violent California-based prison gang subscribing to a white supremacist philosophy. Estimated to have between 800 and 1,000 members, most of whom are Caucasian males with a history of street gang activity and drug abuse, the NLR operates in correctional facilities and communities. They are involved in the distribution of methamphetamine, heroin and marijuana, along with armed robbery, assault, murder, identity fraud, money laundering, witness intimidation and witness retaliation. 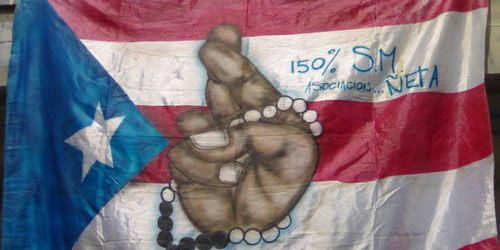 Neta
Neta began in Puerto Rico and spread to the U.S., and is now one of the most violent prison gangs. It’s comprised of about 7,000 members in Puerto Rico and 5,000 members in the U.S. Members in Puerto Rico are only considered part of the gang for the duration of their incarceration. Neta chapters exist inside and outside of 36 cities and in 9 states in the U.S. Their main source of income is distribution of cocaine, heroin, marijuana, LSD, ecstasy, methamphetamine and PCP. Crimes attributed to this gang are assault, auto theft, burglary, drive-by shootings, extortion, home invasion, money laundering, robbery, weapons and explosives trafficking. 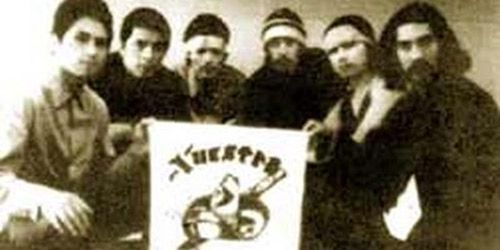 Nuestra Familia
Along with its subordinate organization, Nortenos, the Nuestra Familia originates from California and is believed to have an estimated 250 members. The Nortenos are believed to have 1,000 members. Both consist mainly of Mexican-American males who formerly belonged to street gangs in Central and Northern California. They are mainly active in state and federal prisons, along with Pacific region communities in the U.S. They are involved in heroin, marijuana and methamphetamine distribution, along with homicide and robbery.

Also: Surenos and the number 9 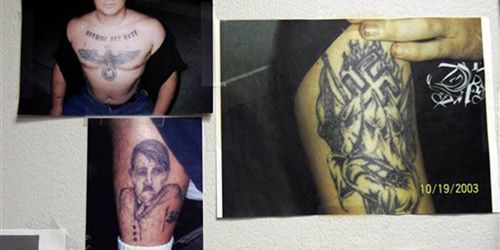 Public Enemy Number One
PEN1 is the fastest-growing Caucasian prison gang in the U.S., with an estimated membership of between 400 and 5,000 persons. Members follow a white supremacist philosophy and have an alliance with AB and Nazi Low Riders. They are involved in the distribution of methamphetamine and also engage in assault, attempted murder, homicide, auto theft, burglary, identity theft and property crimes.

Texas Syndicate
The Texas Syndicate is one of the largest and violent prison gangs active on both sides of the U.S.-Mexico border. They are highly structured and believed to have a membership of 1,300 members, most of whom are Mexican-American males between the ages of 20-40. They traffic cocaine, heroin, methamphetamine and marijuana across the border into the U.S. They have a working relationship with the Los Zetas, a paramilitary/criminal organization.

Ala. isn't ready to use nitrogen hypoxia for Sept. 22 execution