MONTGOMERY, Ala. — Gov. Kay Ivey Tuesday created a 15-member commission to make recommendations on the future of the state’s existing men’s prisons.

The Alabama Prison Repurposing Commission, established as the governor pursues a multibillion prison construction project, will evaluate “up to 11 of our existing male correctional facilities” over at least three years.

“As our Alabama prison program moves forward in building three new prisons to provide additional safety for correctional staff and inmates, we will simultaneously need to smartly and safely repurpose or decommission these outdated, aging prisons, many of which were never designed or constructed to be correctional facilities for their current use or capacity,” the statement said.

The state plans to lease the new men's prisons from private companies. Closing some or all of the existing facilities could be required to make the project pay.

Alabama Department of Corrections Commissioner Jeff Dunn has argued for years that existing buildings are past their expected lifetimes and lack the space needed for programming that could help inmates stay out of prison upon release. The U.S. Department of Justice has threatened a federal lawsuit over violence and overcrowding in Alabama’s men’s prisons, and the state is already in court on mental health care in Alabama prisons.

But closing facilities has been a difficult task in the past. Sen. Billy Beasley, D-Clayton, whose district includes Ventress, Easterling, and Bullock correctional facilities, said in an interview that local officials worked to bring the prisons to their areas in the late 1980s and early 1990s in the hopes of bringing in jobs. The local governments invested in infrastructure to do so.

“It’s been very beneficial to our community,” he said. “The towns have expended an enormous amount of money to upgrade the water treatment facility.”

Concerns about the future of existing prisons sunk former Gov. Robert Bentley’s efforts to win legislative approval for prison construction plans in 2016 and 2017. Ivey’s “build-lease” program does not need legislative approval, though legislators will be responsible for appropriating money to corrections to pay the leases.

Ivey’s executive order charges the commission with assessing the accessibility of the prison; the cost of maintaining it; timelines for completing needed repairs and maintenance, and “the reasonably foreseeable impact of repurposing or decommissioning the facility,” including the impact on the local economy.

The commission will recommend whether to keep existing facilities as men’s prisons; recommended it for another use within the department, or give it to a state agency, a local government or the private sector. Ivey’s order says the commission “should hold at least one public meeting in a local community near each existing male prison.”

Ivey last month announced that new prisons would go up in Bibb, Elmore and Escambia counties. Corrections said it could reduce its staffing requirements by 1,059 positions. Officials estimate the new prisons will house 3,000 to 4,000 inmates. Groundbreaking on the first could take place next year.

The governor’s office says they expect costs to be no higher than $88 million a year. But critics questions whether the state will have to negotiate lease agreements each year, and have argued that the prisons will not address systemic problems in men’s prisons.

The commission will release its report "on or before the later of Sept. 1, 2023, or 90 days after the Commissioner certifies to the Commission that construction on the final prison is complete," the order says. The DOC commissioner would start closing or repurposing prisons within six months of receiving the report. The governor and legislative leaders would get copies of the recommendations but would not have an official role in the process.

But, said Beasley, "the Legislature certainly has to approve the $88 million in the Corrections budget."

©2020 the Montgomery Advertiser (Montgomery, Ala.) 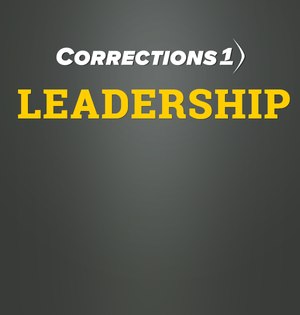