(Jan 2015) - According to the National Law Enforcement Officers Memorial, more than 622 corrections officers have been killed since recordings began in 1791. As officers spend their shifts surrounded by some of society's worst, most dangerous individuals, it's little surprise that fatalities occur from time to time – absolute security can never be guaranteed, and despite the best efforts of all prison authorities, inmates may occasionally gain the upper-hand. When this happens, the effects can be hugely traumatic for any officer injured or assaulted, to say the least. Though prisoners are highly unlikely to gain control of a firearm – whether taking an officer's or reaching the prison armory – they can more easily get their hands on sharp objects: knives may be smuggled in, while domestic items (such a toothbrush) can be fashioned into a shiv.

In most circumstances, corrections officers will find that armor carrying stab and / or spike protection offer adequate protection – but how do these vests perform? Which types are available to suit varying situations? This guide is designed to provide answers to these questions, and more – read on to learn more about corrections officers and safety in the line of duty.

Like ballistic vests, stab vests are made with Kevlar – this is a synthetic fiber offering five times the strength of steel when woven together to form a mesh. However, unlike ballistic vests, stab protection utilizes an even-tighter weave, which generates friction against blades used in slashing and stabbing attacks: with multiple layers of Kevlar to stop it, a blade will be unable to tear through, leaving the wearer unharmed.

Stab vests are generally thinner and more lightweight than ballistic vests, and so corrections officers may be able to wear these for longer periods with greater comfort. The National Institute of Justice (NIJ) tests stab vests against multiple blades and varying amounts of energy, and assigns each a specific level based on the protection it offers: I, II, or III. The maximum level is recommended, as this will help to protect against the most ferocious assault on the wearer's torso (able to stop attacks made with up to 43 joules of energy). 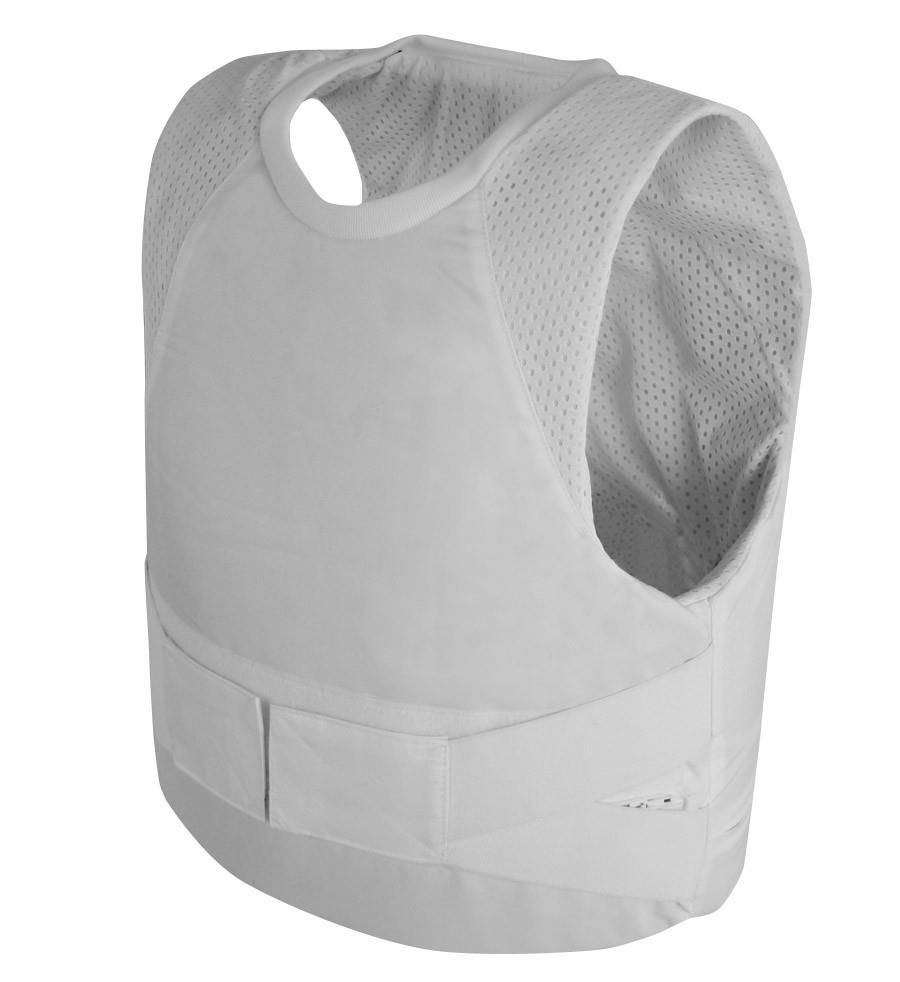 Many stab vests may also carry spike protection, which simply means they will feature an even-tighter weave designed to trap pointed tips before they can pass between the fibers (as they would in standard clothing). If an inmate manages to access a blade – such as a pocket-knife, for example – then the stab vest will stop it penetrating; yet in an inmate is able to seize a needle or sharpen an item into a shiv, then the stab vest will provide inadequate protection – and a pointed weapon can prove as deadly as a blade if it penetrates a vital organ or severs an artery.

Spike protection can be added to many stab vests, ensuring the wearer will be covered against most possible attacks likely to occur in a prison environment. These typically cover the front, back, and sides, whether they are worn over or under the officer's uniform. Attacks made with spiked weapons may differ from those made using blades – whereas the latter can be used with slashing motions, a spike has a single point of impact. Vests carrying this protection – particularly at the top level – will prevent the spike tearing through, though the force of the impact mat still cause some discomfort.

If an officer has the chance to add spike protection to their stab vest, it's always worth taking it – they may never know when an inmate plans to attack, or what types of weapons they're putting together in the darkness of their cell. Shivs have been known to be disguised in, or even as, other items before: in a German prison, an inmate crafted a shiv in the on-site woodshop, but masked it as part of a crucifix – once the wooden cover was revealed, a long metallic spike was revealed. Vigilance is key, and by wearing the maximum level of protection against possible attacks, corrections officers can help themselves – and each other – stay as safe possible on-duty.

Covert and Overt Vests: As the Situation Demands

Depending on the level of visibility with which an officer is allowed to display their armor, they may need to choose between and overt and covert vest as each situation demands. Overt vests are the standard type, worn over clothing – these are available in various colors, to suit multiple uniforms; these may be more suitable if no regulations limit covering the uniform, or if an image of preparation and vigilance is to be conveyed to the inmates, potentially to deter any troublemakers.

Covert vests, on the other hand, are thinner and more lightweight, designed to fit underneath clothing: these are ideal if armor needs to be kept hidden, to patrol low-risk, minimum security wings, or if officers want to keep inmates in the dark about their level of protection. Covert vests are also made with breathable fabrics, allowing the wearer to stay comfortable and cooler during prolonged wear – if they become too hot and uncomfortable, this can prove distracting, affecting their performance. Some online protective vest companies like safeguardclothing.com specialize in both overt and covert stab vest styles.

The ideal stab/spike vest should sit comfortably against the wearer's torso, without interfering with their clothing or flexibility. To enjoy both the best fit and maximum coverage of the vital organs, the wearer needs to find the perfect size for their shape. An ill-fitting vest can prove problematic in various ways: a vest that's too large can hang away from the body, leaving a gap big enough for a blade or spike to pass between (primarily a problem if worn over clothing); a vest that's too small may feel too tight and restrictive, leaving the wearer unable to move with the agility they normally would have. To stay as safe as possible, a corrections officer cannot be restrained in any way: they need to run, defend themselves against attack, and overpower inmates as and when needed.

To help themselves find the best fit for their shape, corrections officers should measure their height and chest, and compare these with the size charts on their supplier's site: if in doubt, seek expert help – the wrong size could leave the wearer vulnerable to injury … or worse.

Corrections officers should never underestimate the importance of body armor – if it stops a single blade or spike from causing severe injury or worse, then it's already priceless.